‍What is a Motion Designer and what do you do?

Motion Design is more of a set of skills as opposed to a specific discipline. I find myself working on various things across each project; whether it’s:

In short; if you’re seeing something move on a screen, nine times out of ten, a Motion Designer made it move.

‍How did you become a Motion Designer & Video Editor?

I started in the video world editing holiday videos about ten years ago, and I got really bored of the built-in/pre-built titles and what not. So I learnt to build my own. Once I started making text move, I’ve always had a love for typography, I moved on to making graphic design move... then BOOM! I’m a fully fledged freelancing motion graphics designer, winning a YunoJuno Sweet FA for something that started out as a hobby!

"Working with Jason has been a pleasure. He comes up with great ideas and has produced some amazing work, which the whole team and client has been extremely impressed with.”
Chris Robertson

After leaving a full time job in 2014, I pursued writing music for TV and Film, after studying music my entire life. After about a year, it became apparent that the income wasn’t quite as stable straight away as I’d hoped - my first royalty cheque bought me a coffee and a pain au chocolate -  I can’t complain too much.

I then decided to pursue earning money from my hobby of editing video and adding titles (to put it simply).

What's the best thing about choosing to be an independent professional in your field?

What's the hardest thing about freelancing?

"Jason is AWESOME, he gets the work done with great proactivity and every time he comes in it's like having part of the team with us. HIs work is thorough and really well executed”
Natalie @ C_Space

Having to wear multiple hats, whilst I love a good five-panel cap, and taking on many different roles as one person. Being on top of finances, figuring out how much you’re “worth”, bookkeeping, working out how to submit a tax return every year, gaining the interest of new clients, keeping the interest of existing clients, emails, other admin - all whilst working on great projects being super creative and enjoying yourself.

How has YunoJuno helped you as a freelancer?

Can you talk about a project you're proud to have worked on?

I worked on the Kia X-CEED Digital Out of Home project as lead Motion Designer. Creating bespoke deliverables to go across London Underground Digital Ribbons (the long screens on the escalators). It was a big ol’ challenge making up to 32 screens work together seamlessly in one long asset.

A showreel of my latest and best work:

What advice would you give to someone who wanted to become a Motion Designer?

The worldwide community of motion designers is so talented, open, inviting and resourceful. Everyone I’ve met is out to pay it forward and nobody should be afraid to ask questions. Never stop making things for yourself.

Reliable. Enthusiastic. Nice guy. Hard working with an attention to detail. Love what I do. Always learning. Enjoy a challenge. Passionate about design & typography (love a good Serif with some tight kerning). I thrive working as part of a team, but more than happy to work alone if needed :(

Love a good coffee (making & drinking) and also a bit of a nerd; PlayStation, cartoons, comic books, movies and D&D (yes, that is Dungeons & Dragons).

"Jason is among the best freelancers I've had the pleasure of working with.There are plenty of talented people out there, and Jason is certainly among them, but not so many with such great communication skills, a proactive approach, quick attention to feedback, and a genuine interest in creating the best product. My clients were thrilled with Jason's work, and so was I. I'm looking forward to working with him again in the near future.”
Geoff Fogden

Jason is a freelance Motion Graphics Designer & Video Editor. Since 2014 he has had the huge fortune of working with a range of awesome clients in the advertising, television, gaming, music, marketing, education & business to business worlds. Some of which include Google, Samsung, Unilever, EA, BBC, Bloomsbury & Amstel. His skills have put him in various roles across different projects, such as Animation Director, Design Director, Lead Animator, Post Production Supervisor, Animator, Editor, & Creative.

Jason also plays in a band and writes music - Please see the live show of the artist Salt Ashes, where Jason played drums:

Back in 2015 I took a change of career path away from music. Being multi-disciplined, I found it hard looking for full time work as the job roles were doing JUST this one thing, or JUST this other thing. Going freelance seemed like the right fit for me. I could dip my toe into editing jobs one week, motion graphics jobs another week and still keep doing music. I get to work with a huge variety of clients, be part of a community, meet awesome people and the freedom to choose the work I do. Turns out it was the best decision I've ever made!
Book Jason

Matthew Knight of Leapers joins YunoJuno for a discussion about combating loneliness in the freelancer community in honour of Mental Health Awareness Week. 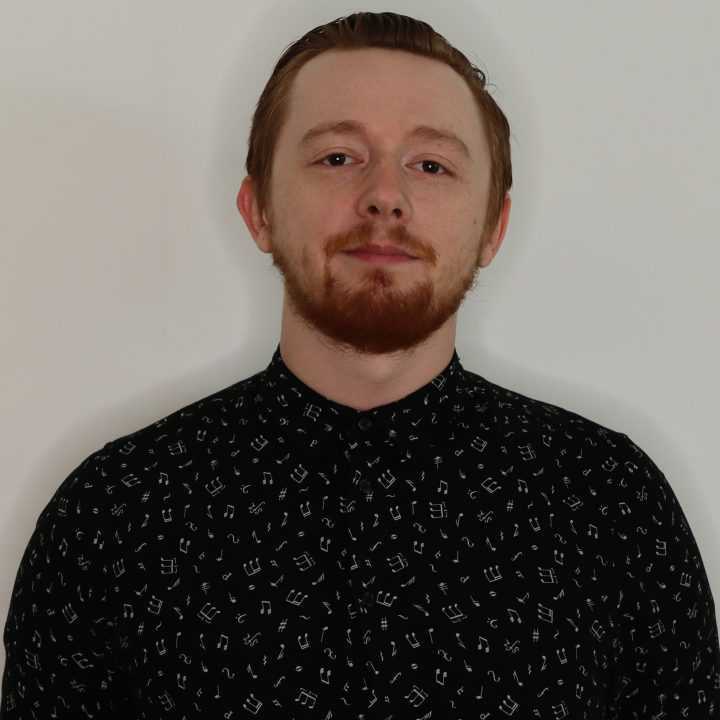 We discuss all things digital design and working with open-minded clients with designer Elise Brooks.