We caught up with Juan, winner of the Developer category in our 2018 Freelancer Awards

Juan is a Senior Front-End Developer and has been Freelancing with YJ for several years working with clients and agencies like Farfetch and The Bio Agency.

We caught up with Juan after he won our Developer of The Year Award at the 2018 Freelancer Awards:

A few reasons. Before going into freelance, I had the opportunity to work for a few companies for various lengths of time. What I found is that, because of how every workplace has their own workflows and ways of doing things, I was finding it hard to keep up with both the company’s technologies, and what was happening on the outside world. I was finding myself wishing to be involved in projects that would allow me to grow as a developer and have fun doing it, instead of learning somewhat non-transferable skills and processes that felt very repetitive after 3 or 4 months. I’m always hungry for new tech and experimenting, and being an employed developer wasn’t ticking the boxes of where I wanted to take my career to.

Another reason is the economic freedom that it provides me. I can sometimes go hard on a project, working 12-hour days and weekends (which I don’t recommend, is not for everyone!), but after the project is delivered, and everyone’s happy, I can turn my phone off, take a month off to make music or whatever, and then come back for the next challenge, knowing that the bills are paid, and I don’t have to answer to anyone but myself.

How did you become a Developer?

By being curious from an early age, wanting to know how things worked, breaking things apart and rebuilding them again. First with hardware (toys, tape players, gadgets, eventually computers), then with software and later with visuals. Like many, the advent of the Internet amazed me to no end! I wanted to know how these ‘websites’ worked, and how can I do my own ones, back when I was a teen. That curiosity landed me my first job as a Web Developer in a start-up digital agency at the age of 15, back in 1997, and I’ve been on that journey since.

What's the best thing about being freelance? and what's the hardest?

The best? Getting to work on a lot of different projects, meeting awesome new people and learning from each other, showing off your skills and basking in the praise of saving the day! :D I also love the fact that that recognition and love from my clients and co-workers in all those agencies and companies (I’ve work in over 80 so far) translated into winning a Sweet F.A Award as Developer of the Year in 2018.

I’d say the hardest part of freelancing is living with the economic risk. Not knowing if you are going to land the next project or not. It breaks a lot of people when you can’t find that next project that aligns with your career path and your portfolio responsibility. But I see it as part of the fun, that gamble you decide to take with your life on the line. I’d say this though, it does become easier the longer you freelance, much like anything else in life.

How has YJ helped you as a freelancer?

YunoJuno has been a game changer in our industry. It has empowered both the freelancer and the client to degrees that weren’t possible before. For me, it has meant that whereas before I was signed up with up to 8 recruitment agencies at one point and going crazy with calls and interviews left and right, I’m currently just signed up with YJ for my work. I haven’t spoken to a recruiter in about 3 years! My new clients come through YJ, LinkedIn or word of mouth.

Always listen to your gut feeling when reading a brief and working on a new project with a new client. Every time I’ve gone against it and taken the project, it has backfired. It is better to be honest and politely decline a brief (even if it means you won’t find anything else for the next 3 months, it happens), than to deal with the mental stress of not listening to it, missing deadlines and letting people down. Being a Developer, you have a responsibility to yourself to have a good mental health so you can do your job properly, as what we do is so abstract, we go so far deep into our brains, that we need a completely calm and healthy mind so we can bring these projects to life.

Without violating any NDA’s?? :D

Let’s see. I recently worked on an HTML 3D Mobile Game that turned out great, where you have to fly a drone through obstacles with pre-rendered video backgrounds and animated models. That was very cool and I’m proud to have delivered that project. I’m also very proud of the tech demo that landed me that project, http://cyberpwnkrun.pwnkdigital.com, which is a similar type of game that I did last year.

I’m also very proud of my Creative Coding Studio’s new website, which you can visit here https://www.pwnkdigital.com. It was done in WebGL using 3D Model Animations and has a very distinctive look, which I’m very happy with.

I’d say because I’m very honest and professional when it comes to my work, I’m very good at estimating a project, staying within a budget, and delivering well developed products on time, consistently. I’d also say they should hire me because if they haven’t already, they are being left out of my ever-expanding client list! Come onboard already!

How would you describe yourself and / or your work in a single sentence? 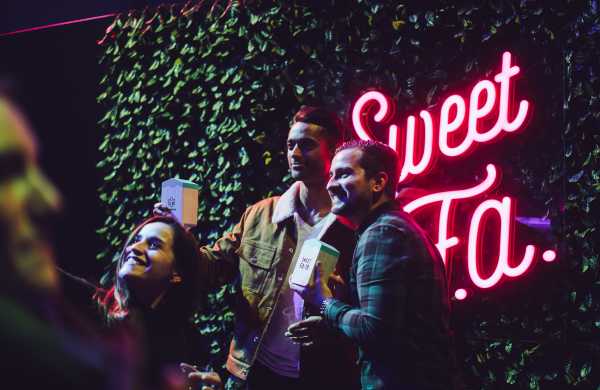 Meet the Community: Flip and Flop 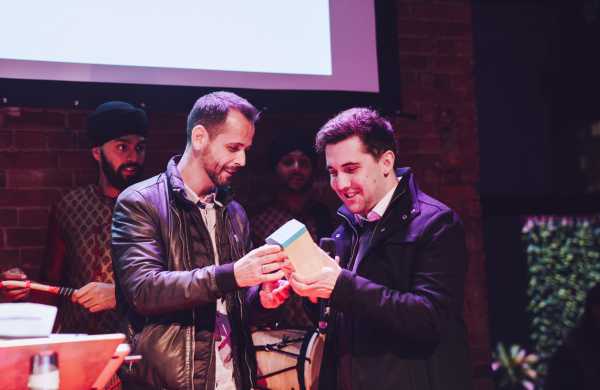